All You Need Is LOVE

This song started playing in my mind as soon as I saw this guy. 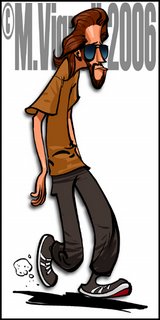 I used to laugh at those guys on the street corner holding up those signs, "JESUS IS COMING." But, after seeing this guy, I had to make sure my "house" was in order! (Hmm, I thought he'd be taller.) 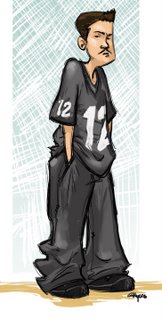 Posted by Sketch Club at 6:13 PM No comments:

This is from our guest artist, Roland Ilagan, who flew all the way from Orlando, Florida just to sketch with us (well, at least that's what I want to think). He is an alum of Disney Florida as a Clean-up lead and you can check out his blog at http://rolandmechael.blogspot.com/. It was definitely a treat to have him and here's his take on the no. 12...16...or 19?! guy.

--Sketchclub Management
Posted by Sketch Club at 11:54 AM 3 comments: 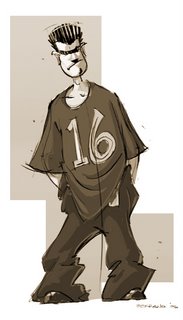 Ok I messed up with the number. I got mixed up with number 12 and the guy with the the no. 26 shirt. Anyway, it was a fun session specially with a special guest, Roland Ilagan, all the way from Orlando, Florida. Well here's my take on the boy.

My good friend Henry Bawden has started a Sketchclub in Utah! Go to Utah Sketchclub to check in on the action.
Posted by Sketch Club at 11:21 PM 1 comment: 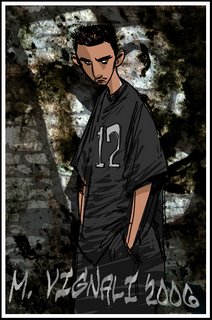 Ooops, I think this kid spotted us! 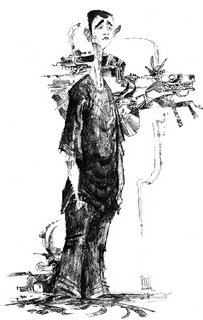 This has been the largest Sketchclub session ever! There were nine Sketchclub members sketching, so the club members had to spread out over two separate tables instead of the usual one.

As the artists were leaving the restaurant, a mark was spotted. Here is Justin Thompson's version of the "mark."

--The Sketchclub Management
Posted by Sketch Club at 6:23 PM 2 comments: 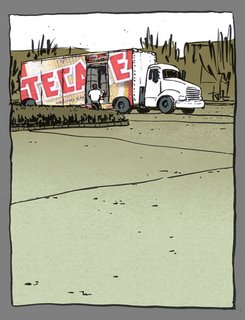 You guys sure have a good eyesight.... 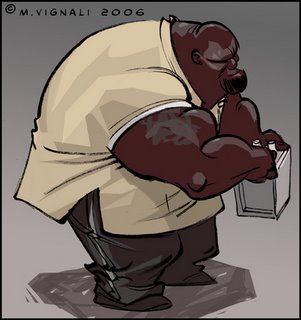 This guy was so beefy, he was picking up cases of Tecate like you or I would rearrange pillows on our bed. 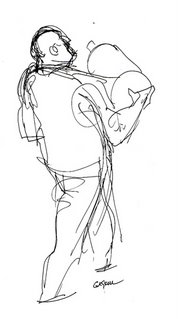 Can you believe it, we’ve got several celebrity artists to join our Sketchclub. Hopefully, you’ll get a chance to see more of their work.

Introducing, first, Andy Gaskill, of Disney fame…now working for Sony Pictures Animation. He was the Art Director for Treasure Planet, and story artist for Lion King. If there were a Disney Hall of Fame, this guy would be in it!


Next is Justin Thompson, whose work 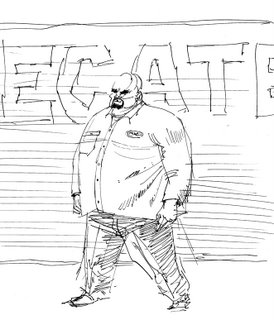 
And, also joining us today, Carey Yost. Carey has worked on the SpongeBob SquarePants Feature, Powerpuff Girls and The Ren & Stimpy Show. The reason his "mark" of the day is different, well -- in our attempt to be inconspicuous, Carey was confused as to who we had chosen for our "mark." But, take it from the Sketchclub management, this drawing is dead on. 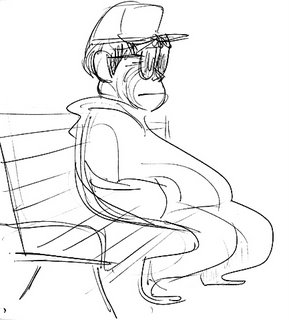 --The Sketchclub Management
Posted by Sketch Club at 4:17 PM 4 comments: